Czech Republic is literally permeated with a dense network of rail and bus lines. Tickets can be purchased at machines in subway stations, hotels, newspaper and tobacco shops, supermarkets. "Hare" is better not to go: in station and land transportation common controllers.

Public Transport in Prague - a subway, trams, buses and tramway on Petrin Hill. Tourists are best to buy single tickets valid for 1, 3, 7 or 15 days. Tickets can be purchased at kiosks and shops, printing, information centers, hotels, travel agencies, department stores, as well as directly to stations. They can also be purchased at vending machines located in subway stations and near above-ground transport stops. When boarding the tram and bus, as well as at the entrance to the subway, the ticket must "identify" with a special device.

Rates of Prague Integrated Transport operate on all lines of metro, trams, buses and cable car. There interchange, thro, temporal and cingulate rates.

Interchange rate is in the metro, trams and buses within 60 minutes of marking the ticket, on weekdays from 5.00 to 20.00, and 90 minutes in the rest of the time, and on Saturday and Sunday.

Thro Rates - cheaper - is acting in trams and buses within 15 minutes after marking the ticket, without the right to transplant. In the subway, this fare is valid for 4 stops (without landing stations), with the right to move between the lines "A", "B" and "C", but while being in the station not more than 30 minutes. At night buses and cable car ride, this tariff does not apply.

To move around the country make better use of buses. Although you can and take car hire.

Fare in the taxi consists of two positions - fixed "landing" taxes and the amount for each kilometer, depending on the tariff zone. All data on these rates should be cauldrons on the front doors and in the car. The driver must give you a receipt. Nevertheless, we advise in advance to ask how much it will cost travel.

Motorists
Park the car in the center of Prague is very difficult, because the place reserved for paid parking, not so much. Payment is usually by the hour, prices can vary depending on location. Given the congestion in the city center, it is better to use special parking.

The system of the Prague Integrated Transport also includes a special parking type "P + P" (from the English "Park and Ride", ie, "Park your vehicle and drive"), usually located near the metro stations. Currently, such sites are at the station "Skalka", "Zličín", "Nove Butovice", "Radlitska", "Opatow", "Paradise zahrada", "Cerny Most" and "Nadrazhi Holesovice". Drivers who leave their cars at these parking areas, then use the special low-cost tickets, which can be purchased only with the parking receipt.

Traffic rules and signs - as in most European countries. It is an extensive network of roads and highways of international class. The corresponding number of gas stations, service stations and repair shops. 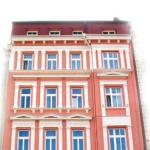