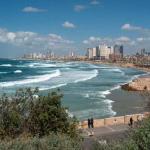 Israel - one of the most amazing countries in the world - is located in a tiny space off the eastern coast of the Mediterranean Sea and surrounded by mountains, forests and deserts. Israel - Holy Land of three world religions - Judaism, Christianity and Islam. Her site is replete with familiar from childhood and at the same time enticing Unknown title ...

Israel is located in the Middle East. In the north it borders with Lebanon, the north-east Syria, with Jordan in the east, south-west Egypt. In the west it is washed by the Mediterranean Sea (coast line - 230 km)., In the south is the Red Sea (coast line - 12 km.). The total length of border - 1125 km.

More than half of Israel's population live in coastal plain to Score stretches along the Mediterranean Sea 40 km inland. Almost half of the southern part of the country is the Negev desert. Here lives about 8% of the population. The north-east of Israel are the Golan Heights and snow-capped Mount Hermon. The only body of water with fresh water in Israel - Sea of Galilee - is located in the Jordan Valley. It comes from the north along the border with Jordan to the deserts of Arabia to the south of the Dead Sea. River Jordan, in his early fed streams from Mount Hermon in northern Israel, after passing through the fertile Hula Valley, the Jordan flows into the Sea of Galilee, comes out of it, continues through the Jordan Valley and empties into the Dead Sea.

Much of the territory Israel occupied the mountainous chain of Galilee, Samaria and Judea. The main resort city - port of Eilat in the south on the shores of the Gulf of Eilat, which is part of the Red Sea. The extreme northern point of the country's border post of Rosh Hanikra on the Israeli-Lebanese border on the Mediterranean coast. The southernmost point of Israel - Taba border crossing point south of Eilat.

The area of Israel within the borders and ceasefire lines, including the Palestinian autonomy - 27 800kv. km. The length of the country from north to south - 470 km., From east to west at its widest point 135 km. The highest point - Mount Hermon (2224 m), the lowest - the mirror of the Dead Sea (400 meters below sea level), the lowest place on earth. 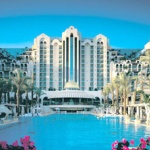 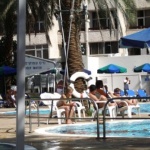 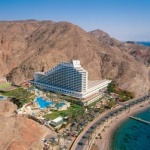 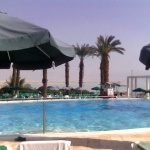 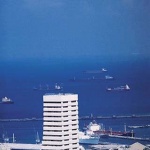 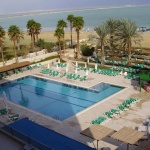 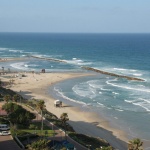 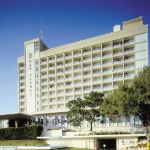 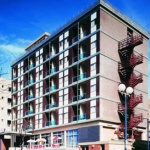 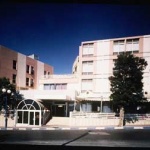