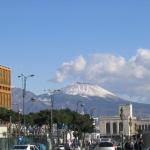 Naples - one of the oldest and most beautiful places in Italy, based in VII. Greek colonists, and which gave the city a name meaning 'new town'.

The Greeks are well thought out arrangement of settlements, and now Naples boasts not only a fertile soil and sunny climate, but also important for the country's port, where throughout history the city was loaded with grain, oil and gas barge.

Naples is rich in various cultural monuments and art: the castles of Castel del Ovo, and Castel Nuovo; Baptistery of San Giovanni, numerous palaces, churches and homes in the styles of Gothic, Renaissance and Baroque periods make up a large part of the city. Archaeological Museum of Naples is one of the most famous in the world.

In the course of many centuries the city was a favorite residence of several royal dynasties. In the city and its suburbs they were selected, and once rehabilitated four seats - two of them are located in the historic center, one in Portici, and the last - in Caserta. No wonder that now the city is the only place in Europe with such a concentration of royal residences.

For example, one of them, Reg Capodimonte Palace, was built in 1738-1838 gg. commissioned by King Charles III of Bourbon. Now, tourists can enjoy here assembled rich collections of ancient art and works of the Renaissance. This is the king and the city owes its famous Teatro San Carlo, built in 1737. Today, it is adjacent to the former Gallery of Umberto I, where now a modern shopping center, pleasing visitors with boutiques, cafes and bookstores. Other cultural treasures of Naples is traditionally considered to be locks Maschio Angioino and Castel del Ovo. In these fortresses XII-XIII centuries. especially liked to visit the famous Giotto, Petrarch and Boccaccio.

Palaces, ancient castles, magnificent cathedrals and beautiful churches give the city of love tourists around the world, rightly appreciate its architectural riches and greatness. Perhaps the main attraction of the neighborhoods of the city is the infamous volcano Mount Vesuvius, which destroyed in 79 AD ancient city of Pompeii and Herculaneum. Which is a neighbor of the city, he now represents the mystical danger: Vesuvius - a frightening symbol - can wake up at any moment.

Certainly, the city is famous not only for its architecture. Its culture developed from the national epic and everyday life, surprise guests of their specificity and colorful. At the local streets adjoin sin and holiness, which resulted in endless criticism of the Italian city. However, one can not agree with Paul Muratov, who so accurately remarked feature of these places: 'Who was not in Naples, he had not seen the spectacle of national life'.

Naples is famous not only as a cultural and historical center of southern Italy, but also as a major business and shopping center. Numerous small shops are located next to the luxurious supermarkets, many boutiques and shoe shops of interest to the most fastidious dressers. In Naples many restaurants, cafes, bars and nightly entertainment. eapol is considered the birthplace of the famous Italian pizza. Oldest pizzeria in Naples there since 1830, it is called Antica Pizzeria Port Alba. 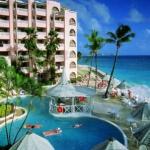 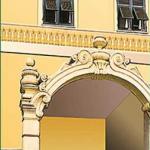