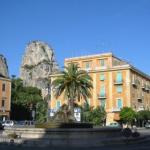 Terracina - the land of myths, sung by Horace and Goethe. It bloomed the magical world of the Etruscans. The city was founded 150 years before Rome, Terracina passed through the famous Appian Way, connecting Rome and Naples 2600 years ago. Until the XIX century. here was the summer residence of popes.

Terracina - this city can be called the heart of the coast. The city was founded 150 years earlier in Rome, ie in 600 BC After Terracina held Appian Way, which connected Rome to Naples 2600 years ago, a fragment of which survived to our days. Terracina is famous for its particularly mild climate and beautiful, well-equipped sandy beach 15 km long.
... Read more 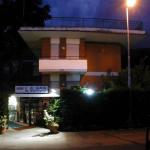