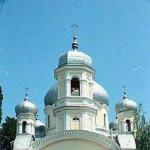 Odessa Oblast is located in the extreme south-west of Ukraine and borders on the Vinnitsa, Kirovograd, Mykolayiv region. By land and sea borders with a number of foreign countries: the Republic of Moldova, Romania, Bulgaria, Turkey.

The region is located in the extreme south-west of Ukraine. In the west, bordering Romania, Moldova, including Transnistria, in the north - and to Vinnitsa, Kirovograd, in the east - with the Nikolayev region of Ukraine. In the south, a broad front goes to the Black Sea coast. The main feature of the area - its seaside and fron... Read more