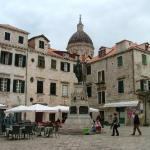 City, or rather, its predecessor p Laus, was founded in the 7 th century on a small rocky cliff, separated from the mainland by a narrow strait. And on the coast near the island, soon arose the settlement of Dubrovnik, got its name because of the abundance grow around oak forests. For centuries, the Strait is becoming due to alluvial deposits, and as a result, in the 12 th century settlements together. Around the town erected a common wall - and over the sea rises a powerful and majestic castle of the South Slavs.

In the early Middle Ages, Dubrovnik was ruled by Byzantium, then turn recognized the power of Venice, and Hungary. In the 14 century, he received a government and became the center of aristocratic Dubrovnik Republic, which played an important role on the Adriatic coast. In the years 1526-1806 the city was a vassal state of Turkey. Despite this, in the 15-17 centuries Dubrovnik has become famous cultural and scientific center in the Balkans - Slavonic Athens, which by law competed with Venice.

Towers
The heyday of Dubrovnik was interrupted by a number of natural disasters (earthquake, fire), struck one after another on a town in the late 60-ies the 17 th century. In 1815 the city passed under the authority of the Austrian monarchy. Since 1918, Dubrovnik entered the Kingdom of Serbs, Croats and Slovenes (from 1929 - Yugoslavia), and since 1945, is one of the cities of the Republic of Croatia, now an independent state.

For centuries in the Old Dubrovnik formed a unique historical and architectural ensemble. The historical part of town is a pentagonal fortress from all sides surrounded by two rows of solid walls, which tower above the square and round towers (14-16 cc.). The wall thickness - 4.6 meters (from the sea - less, about three), reaches a height of 25 meters.

Above the castle's towers Mincheta, which offers a splendid panorama of the entire city. Approach protects the tower from the sea Bocar, the entrance to the inner port - the tower of St. Ivan (at night to protect the inner road from it to the tower of St. Luke across the bay stretched chain). Many towers are now museums: an ethnographic, marine, archaeological, and others. Holistic urban complex of stone buildings ages 14-18 includes houses with arcades on the ground floor, stone-paved narrow streets and small areas with fountains, decorated with statues. The whole city is like a large museum under the open sky - "the pearl of the Adriatic" so often referred to as a picturesque Dubrovnik.

The city walls
City Walls. Nothing more true freedom does not express the mood of the inhabitants of Dubrovnik, than the city walls. Without exaggeration, built in XII-XIV centuries the city walls are one of the most impressive and at the same time the most beautiful buildings of its type in Europe.

Stradun - home and the only wide street of the old part of Dubrovnik - about the location of repeats Strait, once delivshego city. Narrow and high 3-4-storey buildings with tiled roofs are side by side with palaces, temples and other ancient monuments.

One of them - big fountain Onuphry - created in 15 century. Previously, it was supplied drinking water by aqueduct from the mountain springs, located 12 km from the city. Around the same time is a Franciscan monastery with one of the oldest pharmacies in Europe, where you can see the unique medical instruments and many ancient treatises on medicine.

Belfry Square Stradun
At the other end Stradun is a small area, the former old city center. It rises "Pillar of Orlando, with whom in the Middle Ages, filled the orders of Prince and where criminals were executed. At the end of the square are Fishermen gate leading into the harbor, and the bell tower, whose bell was collecting the people in the square. Nearby stands the temple of the Holy Vlach, patron of the city.

Among the impressive old buildings - palaces and temples in the style of Gothic and early Renaissance: Princely Palace (Prince was elected a member of the board of the republic for a month and lives in the palace, where he was during the term of the Board was allowed none of the relatives, even his own wife. Above entrance to the palace bears the inscription: 'Forget private affairs, think of the state'), the palace of Dibon, or Sponza (16 century, now a museum), as well as many unique structure of the early and late Middle Ages, including the Dominican monastery (13 century) and the luxurious Jesuit convent building with a staircase leading to it - "skalinadoy" - baroque, clock tower, churches and churches in the Baroque style, painted by famous masters.

Many legends of the ancient wall envelops the city - for example, the cathedral, according to legend, was built at the command of the English King Richard the Lionheart, happily escaped here after a shipwreck while returning from the Crusades.

Cathedral of Dubrovnik was built by Italian architect Buffalini in 1713. The building was erected on the ruins of an earlier church, heavily damaged a large earthquake. In 1986, the cathedral was completely restored, but five years earlier, in 1981 during archaeological investigations revealed that the foundation of the cathedral is much older than expected, and dates from about VII century. Thus it happened that the modern church as it stands on three foundations - the Byzantine VII century, which followed in the XII century cathedral was built, the victim of an earthquake and analyzed to create the bizarre temple of Buffalini. By the end of the XV century, the now-preserved Cathedral of Dubrovnik was the theater of interesting literary and philosophical discussions, which involved numerous prosvyaschennye people of that era. One of the concerns raised in the discussion topics was the theological problem of the astronomical nature of the origin of angels! Cathedral of Dubrovnik also had ties with Britain. The earliest of them - the legend that shipwrecked near Dubrovnik, King Richard the Lion Heart Cathedral built in gratitude to God for their miraculous escape.

Church of the Holy Vlach
Built in the XIV century, the fort Lovrizhenak an impressive fortress outside the city walls to the west of the city. The Chronicles of Dubrovnik keep an interesting story about its origin. At the beginning of XI century, the Venetians wanted to build powerful defenses just at the site of the fort, and heard about this, the people of Dubrovnik have done everything to get ahead of the Venetians and not allow them to occupy the city. According to the chronicles, for the construction of Fort lasted only three months, and arrived on ships Venetians have stated that they were able to get ahead, and abandoned building.

Another beautiful legend more than quincentennial limitations associated with the former nunnery of St. Clara, built in 13 century. Here is the so-called "lucky stone".

The touching story tells of two lovers - a young nun and sea captain, captured after attempting to escape. The nun was locked in a monastery, and the captain was imprisoned in the jail. In the convent she found an unusual stone and say a prayer ... And the miracle happened - the lovers had the relative luxury of running a second time.

Palace Sponza
Unfortunately, the historical center of the city suffered great damage during the armed conflict, 1990. We have carried out the rehabilitation and restoration of architectural monuments of Dubrovnik.

In Dubrovnik being world famous festival of music, drama and dance scene for which is an ancient palace Lovrienats, which put the drama and tragedy of Shakespeare. Excellent facilities await those who love classical music, and grand organ will be heard in the spacious old cathedral. 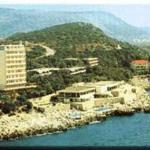 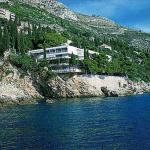 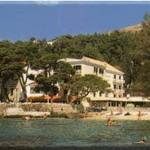 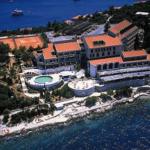 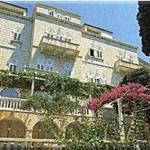 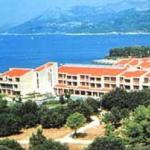 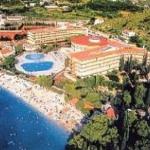 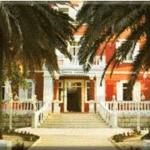 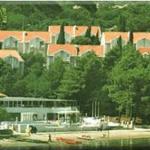 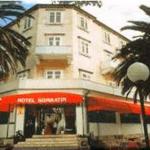 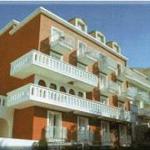 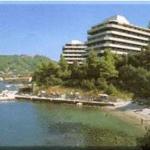