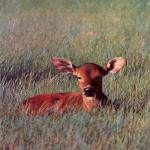 According to its natural and climatic conditions Khersonshchina among the unique corners of the world. It is located in the Black Sea Lowland, in the steppe zone, on both banks of the lower reaches of the Dnieper and has access to the two warm seas - the Black and Azov.

Kherson Region was established March 30, 1944 through parts of Mykolaiv and Zaporizhia regions. Its area is 28,5 thousand square meters. km (4,7% of the territory of Ukraine). The region is located in southern Ukraine. In the south-west by the Black and the south-east - Azov Seas. In the north the region borders with the Dnepropetrovsk, in the east - Zaporozhye, in the west - Mykolayiv Region, in the south - with the Republic of Crimea.

Kherson is located on the high right bank of the Dnieper in the 25 km from the confluence of its Dnieper estuary of the Black Sea. Geographic coordinates Kherson: 47 ° north latitude and 33 ° east longitude. The terrain is plain with a slope to the Dnieper River and its tributaries Kosh.

Primers mainly chestnut-saline. Under the top layer of soil was discovered quarry stone, which was used for building the city. A slight elevation of the territory above sea level, the lack of mountains, the location in close proximity to the Black and Azov seas have shaped the climate of Kherson and region.