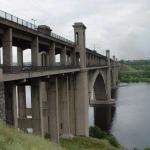 Zaporizhzhya region takes up only four percent of the territory of Ukraine, but within the area can find all landscapes, the most unexpected discoveries are waiting for her protected paths. Zaporozhye - large and historically significant city located on the picturesque banks of the Dnieper River. This is a place of Zaporizhzhya Cossacks, a huge influence and whose fame has become the pride of modern Ukraine.

Zaporozhye region is situated in south-eastern Ukraine. In the north and north-western borders with the Dnepropetrovsk region, in the west - with the Kherson region, in the east - on Donetsk region, and on its southern coast is washed by the Azov Sea. The region occupies 27.2 thousand square meters. km, which is 4.5% of the territory of Ukraine. It stretches from north to south for 208 km and from east to west - 235 km. Zaporizhia Oblast was formed on Jan. 10, 1939 administrative-territorial unit area: 20 administrative districts, 5 cities of regional subordination (Zaporozhye, Melitopol, Berdyansk, Tokmak and Energodar), 9 towns of regional subordination, 23 urban-type settlements, 921 rural settlements.

Zaporozhye City is located about 600 km southeast of Kiev. The city area 334 sq. km. The city is situated on the banks of the broad river Dnepr. Height above sea level up to 50 m.