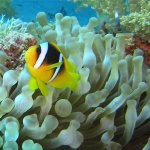 Luxor - a small city on the right bank of the Nile, located 400 miles south of Cairo on the site of the ancient Febisa. In the world there is no other city where it would be concentrated such a large number of ancient monuments - this is almost a third of all the historical relics, the world's center of archeology.

Here are the ruins of the majestic temple of Amun, whose construction was started Pharaoh Amenhatepom III (1455-19 BC) He continued to build following the Pharaohs up to the Greco - Roman period, inclusive. Luxor and Karnak, which is located to the north of Luxor and connects with sphinxes alley, were the most important sanctuaries of ancient Egypt.

On the walls of Luxor temple is inscribed inscription in honor of the victory of Ramses II over the Hittites and other valuable texts. At the entrance to the temple stood 2 colossal statues of Ramses II and two obelisks, one of which in 1861 was transferred to Paris. On the east bank of the Nile, in the City of the Living, temples and palaces of Luxor and Karnak facades turned to the dawn sun.

Pyramids of Giza are the world-famous ancient monuments. Of the seven wonders of the world but they survived. Of the three pyramids of Khafre pyramid, also called the second pyramid, is best known for its impressive size. Only its base covers an area of 216 sq. m.

Ahead of the Great Pyramid is the famous Sphinx with the torso of a lion and a human head. Every night there are light and musical show, which adds mystery to this place.

107 rooms of the Egyptian Antiquities Museum was built in 1900 by a French architect and open to the public in 1902. Collection itself dates back to 1835, when service was established on the Protection of Antiquities of Egypt, whose task was to protect state property and to stop the theft of archaeological sites. Today the museum has an incredible amount of antiquities.

The most popular exhibits are the objects of the pyramid of Tutankhamen - to about 1700, including the famous gold mask of the boy pharaoh. The total number of objects on display in the museum, at 120 000.

Temple of Karnak - a vast complex consisting of three main temples, several smaller temples and shrines, which are outside it. The most beautiful with all of these temples is the temple of Amun. It can be reached by walking along the road sphinxes, which once connected the temples of Karnak and Luxor, and runs through Thebes, which had been the capital of Egypt during the Middle and New Kingdom.

The whole complex was built over 1300 years, it includes the most exquisite examples of design and architecture of ancient Egypt. Among them is Gipostaylsky Hall, which is considered one of the greatest architectural sites in the world - 130 columns incredible amount of territory to cover 6000 square meters, and the only remaining of the 4 previously stood Obelisk of Thutmose I, whose height is 22 m.

Cairo - the capital of Egypt, the largest city not only the country but the whole of Africa! Cairo was founded in 969. To the north of the Fatimids Fustat Great founded a new city of El Qahira (in translation - "Invincible"), which has become a modern Cairo. From 1250 to 1517 ruled the Mamelukes, by order in the city which were built many mosques, mausoleums, School of the Quran.

In 1805 reformer Muhammad Ali gave the features of the capital city of Cairo. Cairo is located slightly north of the place where more than 3 thousand years before Christ was Memphis - the capital of the ancient Egyptian kingdoms.

Center for Contemporary Cairo - the area of Al-Tahir, which are major state and public organizations of Egypt, as well as the headquarters of the League of Arab States. At this same area in a massive building houses the Egyptian Museum - one of the most famous museums in the world. The Egyptian Museum was founded in 1858 by French Egyptologist O. Marieta. In its walls gathered the most extensive collection of works of art and culture of ancient Egypt, including the treasures of the tomb of Pharaoh Tutankhamen.

Currently, the museum has more than 100 thousand exhibits. From the square Al-Tahir depart two streets that do not pass anybody, be it in Cairo even a day or two. This street Talaab Harb and Qasr Al-Nile - Commerce and business artery of modern Egyptian capital. They lined up along the shops, small cafes, offices, banks, companies, aviation agencies, cinemas.

Old Cairo today - outskirts of the capital. It is located on the east bank of the Nile. Older neighborhoods that survived almost unchanged since the Middle Ages, affect its shabbiness. The labyrinth of curved streets, dilapidated homes, deprived of basic amenities. You can only look at them from the window of a comfortable bus passing by at high speed - so there is less visible.

Nearby is the Great Mosque of Cairo Seidna al-Hussein. In this mosque, built in the late XIX century, are denied entry are not Muslims. Behind the mosque Seidna al-Hussein begins the famous Cairo bazaar of Khan al-Halley. This vast picturesque market place are products of local artisans. Khan al-Halley can buy everything you heart desires tourist, except spirits and beer.

Sharm El Sheikh - one of the most beautiful corners of our planet. Picturesque expanse of the resort will kill you away from everyday life. Lack of cities, factories and Sharm El Sheikh offers a huge advantage, because this is where you will be able to breathe clean air, which is so lacking in modern cities.

Opposite unaffected by civilization mountains and deserts serve luxury hotels, where you can relax in the lush gardens. Sharm El Sheikh is striking for its diversity in the plant world: various, amazing in its beauty, flowers, different kinds of trees and palms. Coast spacious beaches buried in soft sand. The purest bright turquoise sea and gentle blue water pools creates a unique contrast to the multicolored canyons, spectacular cliffs and beautiful amber golden sand.

Currently, Sharm El Sheikh is one of the most popular and, most important, affordable resorts in Egypt. Despite the absence of the city as such, there exists a modern infrastructure luxury hotels, as well as a wide range of services. Here you can taste dishes of different countries: a wide variety of restaurants can satisfy any gourmet.

Hurghada - resort city on the Red Sea coast. Is the administrative center of one of the 26 Egyptian provinces - the province of the Red Sea. The resort consists of the old center of El Dahar (or in English. "Down Town"), the New Center Sakkala "(which houses the McDonald's restaurant and was a starting point from which all distances in our hotel descriptions) and an almost continuous chain of hotels, stretching along the coast to the north and south of the city a total length of almost 40 km.

In addition, outside Hurghada in cozy bays (FLAM and Makadi Bay) there are small tourist destinations with its infrastructure and hotels that are still formally belong to Hurghada, but eventually grow into independent resorts.

Safaga - a small Egyptian resort on the Red Sea coast, 40 km south of Hurghada. Long before Hurghada appeared as a dot on the map, was the port town of Safaga on the coast. Transformed into a resort Safaga began in the mid 1980's. Construction boom of hotels, so transformed neighboring Hurghada for some 15-20 years, hardly touched Safaga. Currently there has only 9 hotels tourist class, predominantly category 3-4 *, 5 * hotels available.

Resort Marsa Alem - is one of the newest resorts on Egypt's Red Sea coast, which began in 280 kilometers south of Hurghada, on the site of a small fishing village. Resort Marsa Alem in its present state can be recommended only for diving, since it is the sea and the underwater world on this stretch of coastline form the main attraction side of the resort: the pristine coral reefs, rich underwater fauna, which reviews divers surpasses even the National Marine Park of Ras Mohammed .

Abu Simbel - one of the most famous sights of Egypt. Two temples of Abu Simbel were carved out of sandstone cliffs, towering above the Nile, in 1257 BC under the orders of Pharaoh Ramses II (1304-1237 BC). The best known 4 colossal 20-meter statue of Pharaoh Ramses II, standing at the entrance to the temple, although in fact they were poyavyascheny sun god Re-Gerahte.

Temples, which were discovered in 1813 by the Swiss explorer Burckhardt, withstood the passage of time, until in 1970 he was in the Nasser dam was built, bringing the water level in the lake have risen considerably. With the support of UNESCO for 4 years (1964-1968) the temple was moved to a higher place.

Temple of Hatshepsut - Temple, erected in honor of the death of Queen Hatshepsut. Located on the West Bank in Luxor, this magnificent temple was built by the architect Senenmut, in honor of the only woman, who ruled Egypt as Pharaoh. Temple, with its magnificent walls, beautiful terraces, elegant columns and hieroglyphic figures also tells the story of Hatshepsut's trip to the country, which is believed to be a modern Somalia. From this trip, she brought such treasures as ebony, ivory, gold and myrtle trees. 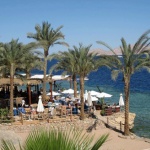 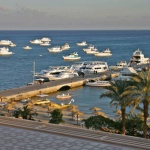 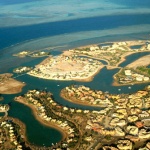 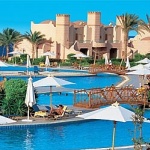 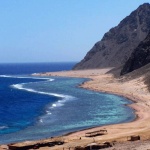 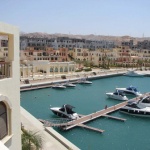 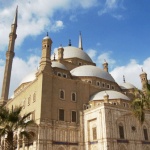 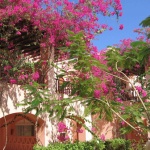 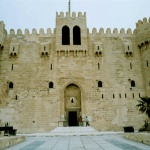 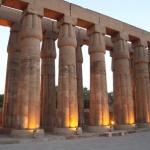 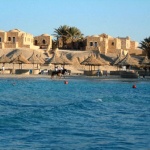 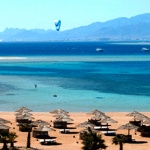 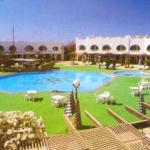 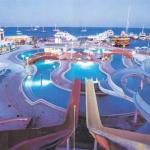 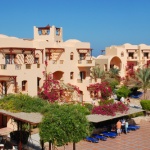 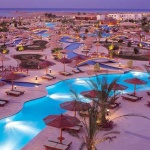 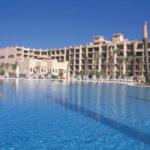 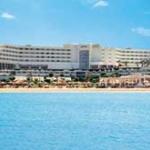 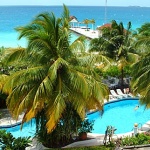 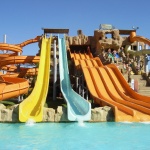 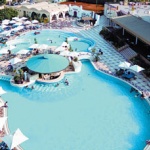 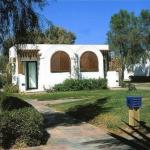 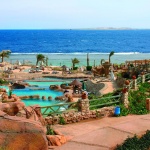 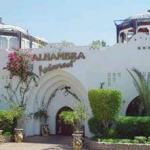