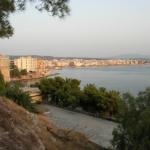 In the north-west of Loutraki, a drowning in green Perahory, near the lighthouse of Cape Malagavi the ruins of the famous temple of Hera. From the mountain, which rises in the area Kutunistra, observed channel Eastman, as well as Diolko, where they found the ruins of the Roman period, which relate to the 50 BC - 50 AD On the significance of this place says a great quantity of marble parts of the building and the presence of a mosaic which decorated his pol.Roskoshnoe building framed by a set of tubs special construction, which was connected to two bottles of mineral hot springs in Loutraki.

At a distance of 30 meters west of the canal, which connects the lagoon with the Gulf of Corinth, JMFossey archaeologist discovered the ruins of Bronze Age settlements. North-west found the ruins of yet another settlement at a distance of 300 meters - the burial of the same era, which were found during excavations of the remains of 10 people and about 500 vases. Various fragments of vases, suggests that 3 - 2 thousand years BC in this region lived a family who were engaged in agriculture and fishing.

According to the tradition Corinthians, Poseidon and Helios had a quarrel over the right to rule over this terrain, and after the arbitration court, Isthmia walked Poseidon, and upland Acrocorinth - Helios. Thus Corinthians built the temple of Poseidon at Isthmia, in honor of their patron. This temple was the gates of Corinth, and also because of its convenient location was a place of special meetings of the Hellenes. In 480 BC in Isthmia Greeks gathered to decide a way to reflect the Persians, and in 338-337 BC to provide reception of the king Phillip of Macedon, and later his son Alexander.

In 196 BC, Koindos Flaminios proclaimed there the independence of the Greek cities. Temple of Poseidon, had a religious purpose since 11 century BC In Eastman, in the temple, except for Poseidon, and worship another god - Palemono, who was a local hero, since his name was Melikert. According to mythology, the son of Ino, and the king Athamas, drowned in the sea vmevte with his mother and his body was brought ashore delfinom.Milikerta buried in Corinth, his uncle, Sisif, and a feast in his honor, which was preceded by competitions at Isthmia. In the early years of the Roman period inside the temple of Poseidon Corinth built Palemono, where there was a statue of a dolphin who carried on his back Palemono.

The stadium held competitions Istmyan. The stadium was built in the classical period and had a length of 181.15 meters. Today, you can determine the course of a race track, its start and finish. Launch pad is triangular in shape, it is a rare archaeological find. Arranged in such a way it obesrechivala proper construction of the athletes for the start. After the classical period the stadium moved to the south, and in the era of Alexander the stadium found unsuitable and built a new, far from the church. Besides all this, we prove the significance of Isthmia and the fact that her church held one of the 4 major Panhellenic festivals - Isthmia.

According to local legend, the founder of their deemed Sisif, but other traditions, these celebrations were dedicated to Poseidon Tisseem. Panhellenic great importance they have in the era Kipselisa. Celebrations were held every two years, and in their conduct occurred Istmicheskie * drink *, ie peaceful period for the cities that participated in these celebrations. The organization of these festivals served as a model for the Olympic Igr.Oni included such events as running, jumping, discus, pentathlon, wrestling, horse riding, riding in chariots. From 5 th century BC added competition in music, painting and reciting. Winners were awarded with pine wreaths.

Today in the archaeological area worked Isthmia Museum, which exhibits interesting artifacts that were found during excavations.

A few miles north of the town of Loutraki is Perahora, surrounded by mountains geraniums, with wonderful architecture and wonderful hospitality. Perahora charm you with traditional color scheme.

Near Perahora inside a cave, is a chapel of St. George. In the Byzantine period it served as a dwelling ascetics. To this day preserved fragments of the fresco, which depicts St. George on horseback. This fresco is dated around the year 1400. 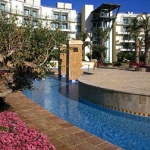 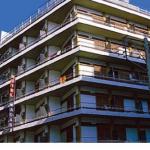 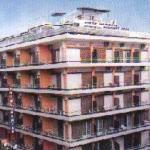 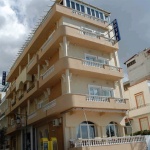 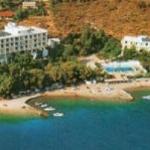 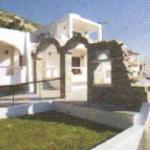