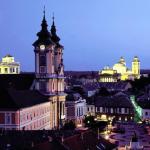 In Hungary, in the hills along the northern shore of Lake Balaton in the XVI century, has grown a number of fortresses, castles and spa towns. In semicircle long extinct volcanoes off the coast lies "Kalsky pool" of salt-marsh lake, surrounded by tiny pastoral villages. The most beautiful lake - Sentbekkalayskoe. At the edge of the basin are unique volcanic formations. In the valley of Cali, located just outside the coastal holiday villages, knocked out of the ground Kekkuti carbon source of healthy water.

The whole territory of Hungary is full of historical, cultural and natural monuments of world significance. On the tumultuous events of history presents a unique architectural style of the Hungarian cities and luxurious collections of numerous museums and exhibition halls. Monuments of the Roman Empire era buildings side by side with Turkish rule, Romanesque churches Leben, Pannohalme and Jake with medieval fortresses in Eger Sümeg and Siklos. Luxurious palaces Szirak, Sheregeyeshe and Nagycenk "framed" picturesque small town of typical local architecture. Every house in its own unique and original. The resort area of Lake Balaton, over 150 mineral springs, hot lake Heviz, balneology resorts of Budapest, Balatonfüred, Balatonfüred, Hévíz, Debrecen, Szeged, Hungary Sárvár created the glory of one of the best spa areas in Europe.

City Szekesfehervar, built on the site of an ancient Roman settlement "Alba Regia", famous for antique museum "Ruins Gorziuma and the cathedral XVIII century on the foundations of the Church of the XI century. In Szolnok be sure to visit the archaeological museum, and in Miskolc - Museum of the Scythian culture and objects of the Bronze Age. Nirbator famous for its apples and Gothic churches. Shombateli attracts tourists the ruins of ancient Roman settlements, and the episcopal palace of XVIII century. In Szeged interesting XIII century tower and a large church with two steeples.

At the foot of Visegrad Mountains are two ancient royal residence: Visegrad with the summer residence of Hungarian kings and Esztergom - the center of the Catholic Church in Hungary. Not far from Esztergom are beautiful mineral springs and spa area. In Szentendre, in the unique Museum of marzipan, may be a great model of the capital of the Parliament, made entirely of white and brown marzipan.

In the North-West region of the country are the most assimilated tourists ski resorts. In a beautiful valley between the mountains and Bükk Matra 130 km. Eger is located away from the capital - one of the most beautiful Hungarian cities and towns with Baroque architecture, preserved medieval layout and architectural monuments. Every year in the last week of July in the historic fortress held tournament "Fun Border fortress" with the lists of chivalry and musical-theater program. One of the main attractions of Hungary - Lake Balaton resort area. The banks of this beautiful lake annually fills countless vacationers who come here hoping to enjoy sunbathing and gentle waves of the lake, to find rest in the contemplation of the beauty of the surrounding landscape, to improve health at the famous resorts.

In plain Transdanubia (Transdanubia) is connected rich historical past: the ruins of Roman cities, the residence of Hungarian kings, the ancient Christian catacombs, monuments of architecture of Romanesque, Gothic and Baroque. Plain Great Plain - a unique natural area of this steppe in the center of Europe, inspired by the greatest poet Sandor Petofi. The unique flora and fauna of the region, steppe reserves Hortobágy and Bugatsa, summer theater festivals and carnivals colors, unique national customs attract Alfeld an endless stream of tourists. Northern Hungary is rich balneological resorts, picturesque mountain trails, historic forts. There are many important cities of the country with a modern way of life.

At the western end of Lake Balaton is the oldest of the erected on the shore of Lake Cities - Keszthely. It offers its guests a familiarity with ancient alleys and hideaways situated in a magnificent park of the palace of the family Festetics in baroque style. At the end of XVIII century there was founded the famous palace library "Helicon", numbering about 52 000 volumes. Every summer, once a week where international conferences and a concert. Around town Tapoltsa is a cave in the depths of which lies a crystal clear lake, surrounded by a necklace of caves, corridors and halls. Fonyód - the biggest and the oldest settlement on the southern shore of Lake Balaton. Siofok - one of the most popular spa centers not only the southern coast, but the whole of Lake Balaton. Here was born Imre Kalman, whose memory devoted to bi-annual gala concerts of operetta, conducted at the height of tourist season.

Fortresses, fortified castles, castles - many of these magnificent architectural works are the silent witnesses and bearers of history, culture, history, battles and engagements, as well as the development of the Hungarian state. Today in Hungary there are about thousands of buildings with "the fate of the chateau, about 800 of them are protected - along with their surrounding gardens and parks - as monuments of architecture.

Esztergom - a royal fortress, later archbishop's palace, the fortress today serves as a museum. Special feelings are a visitor, when he was among the ancient walls, which in the X century, began to build a prince Géza and in which his son was born, the founder of the state of Hungarian King Stephen the Saint (975-1038).

Lying on the banks of the Danube Ratskeveyskogo sleeves Keve city is famous, but excellent facilities for fishing, an extraordinarily beautiful Orthodox church of Gothic style, decorated with Byzantine frescoes and Baroque iconostasis, as well as on the shores of the river lock the Austrian commander Eugene of Savoy.

In Gödöllő is one of the outstanding architectural ensembles of the Hungarian baroque XVIII century - study together with the adjacent buildings 17 thousand square meters Grashshalkovichey castle with a park of 29 hectares.

Located just 30 kilometers south-west of the capital, in Vácrátót, Castle Brunswick is the center of the cult of Beethoven in Hungary. On the estate is located Scientific Research Institute of Agricultural Academy of Sciences, Hungary, and in five halls of the castle on the first floor is equipped with Beethoven Memorial Museum, where we can see the exhibits depicting the composer's friendship with the Brunswick family, all that linked him to Hungary.

Dreaming of holidays in the nearby of Budapest's quiet, peaceful place, we recommend visiting located 60 km from the capital, the hilly region Cherhatalya in Feneharast-let Castle Hotel, surrounded by well-groomed old 13-hectare park. Between the trees streaked blue water swimming pool and paddling pool for children. Lovers of sports games are waiting for two tennis courts with a slag coating and playground for ball games. There is an opportunity to do horse or cycling. On the tour, along with familiarization with the sights of Budapest can go to Gedelleysky Royal Castle, in the arboretum in Vácrátót, a famous folk architecture and folk clothing Hollókő or Siraksky castle.

On gentle slopes of the southern margin Cherhatskih Gore, slightly more than 90 kilometers from Budapest, is located Szirák. The last 250 years of its history linked to the fate of the most beautiful buildings in the city - reminiscent of the Baroque box lock-Roth Teleki. Today the castle is a satisfying any inquiries hotel. Health targets are a sauna, solarium, closed automated platforms for archery and bowling.

One of the favorite places for excursions and recreation has become today, Tata, located only 70 km from Budapest. The abundance of wild animals in the nearby mountains and Vertesh Gereche, proximity to Bude, rich in water and karst springs fed by the waters Altan old (Ereg) lake, as well as rich fishing small streams and lakes in the Middle Ages have made this area a favorite place for recreation and fishing kings. The correct square shape Gothic castle with four corner towers in the early 1400-ies built by King Zsigmond, using the construction of the remnants of an old fortress on the banks of Old Lake.

Gem Szirák, got its name from the fortress that once belonged to a noble family Heather. The park is rising in the sky with the age-old trees towering three-story building the fortress of the castle, with three corner towers, built in Renaissance style and perfectly restored. This building now serves as a hotel, providing excellent conditions for family recreation. In a cozy courtyard, surrounded by fortified walls, in the summer put on concerts of baroque music. In the Baroque chapel of young people within the church ceremony could swear each other eternal love. Castle Castle is surrounded by lying on an area of 12 hectares of forest park with gigantic plane trees and botanical rarities such as magnolia or yew. There are around and a paradise for anglers. According to the preliminary application tourists gladly spend on the premises of the castle.

One of the most beautiful and largest castles in the country is located 192 kilometers from Budapest, the roads leading in Sopron, in Fertod formed in 1950 after the unification of Esterhazy and Shyuttera. Jewelry, stone carving on the walls of the castle show of wealth and love of luxury Esterhazy family. The ensemble of the castle often called "the Hungarian Versailles".

Nagycenk - a small village, situated near the Hungarian-Austrian border. Baroque ensemble of in the middle of XVIII century, began to build Antal Count Széchenyi. Count Ferenc Széchenyi - founder of the Hungarian National Museum - rebuild it, the facade of the castle was made in the style of early classicism. At present, in a comfortable castle hotel to the guests' disposal are 19 rooms with bathrooms and two suites. Guests are entitled to complimentary access to the museum and is located five kilometers from the castle pool spa resort Balfe.

On the western edge bordering with Austria your area, Kesegskih at the foot of the mountains, on the banks of the stream Dendesh houses the main part of the city Koszeg, so-called fortress Jurisic.

Built on the banks of the stream Dendesh Vashsechen can be proud of just two non-architectural monuments castles - the old and new locks Ebergeni. In the center on the sprawling 11 hectares of English park dominates a large building with a transparent design characteristic of classical features. Existing conditions allow excellent use of the building as a castle hotel. Under the vaulted halls hidden cafe, elegant restaurant and a cozy wine cellar. Kept all the features of the monument of architecture residential ensemble offers all the amenities for recreation 46 guests.

Sárvár is located in the western part of the Transdanubian region of Hungary, south Fereda. It was founded on a swampy area where two rivers merge Dendesh and Raba. Hence the name of the city: The ball in Hungarian means "mud." Castle Castle today is the cultural center of Sárvár, it employs Museum named Ferenc Nádasdy, city library and the Palace of Culture. The permanent exhibition: Exhibition of the Century Sárvár "about the history of the town and castle, the exhibition is the history of cartography and Exhibition" Printing and Publishing in the estate Nádasdy "of literary patronage of the family Nádasdy.

Monuments of architecture. Among the monuments can be distinguished in Budapest palace complex with a temple in the Gothic style in Bude, the Parliament building (1896) in Pest, with the domes and steeples, is the largest part grodskoy panorama of Pest, in Pécs - Cathedral of the XI century, the two Turkish mosques; in Shombateli - the remains of an ancient Roman settlement, Bishop's Palace of XVIII century, in Szekesfehervar - Cathedral of the XVIII century on the foundations of the Church of the XI century, in the city of Esztergom - the country's largest cathedral, the dome of the cathedral repeats the shape of the dome of the basilica of St. Peter's in Rome. Inside the cathedral, a Cross, presented by King István 1 (Saint) by Pope Sylvester II in the tenth century, in Szeged - tower of the XIII century, a large cathedral with two spikes, in the city of Debrecen - Protestant church, which in 1849 was proclaimed the independence of Hungary from the Empire Habsburgs. 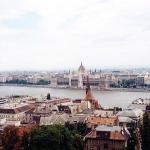 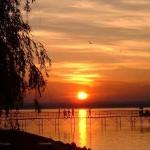 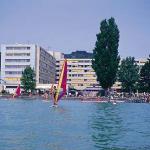 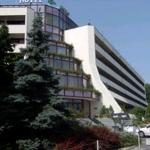 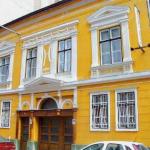 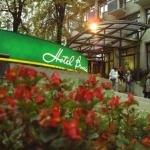 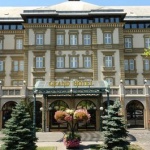 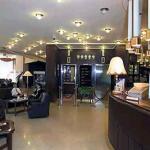 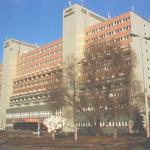